Our company was founded in 1965 with the agency Industria Tubi Acciaio Speciali ( ITAS ) of Turin.
After 4 years of good cooperation, in 1969 it takes place the first significant breakthrough of our business going into the industrial market of semi-finished non-ferrous metals taking the agency Trafilerie e Laminatoi di Metalli SpA  (TLM) in Milan.TLM has four production sites located in Italy at:Villa Carcina (BS) production of rolled copper, brass, bronze and wires, copper and brass.

Pieve Emanuele (MI) production of rolled and extruded aluminum and its alloys.

TLM is controlled for the 60% stake from the French multinational Pechiney European leader in the aluminum industry.

In 1987, Pechiney is released from TLM with the sale of the copper sector (Tréfimétaux) the Società Metallurgica Italiana (SMI) and the aluminum sector all’Alcan SpA (Multinational Canadian)

From this we lose the mandate TLM but assume two new, namely Alcan SpA for the sale of all semi-finished aluminum alloys of the plant in Pieve Emanuele (MI) and Tréfimétaux Italia Spa for semi-finished copper and alloys.

In 1990-91 SMI detects Kabel Metal (Germany) biggest German manufacturer of semi-finished copper and copper leghe.Si form, so, the worldwide leader of semi-finished non-ferrous name KME. Thanks to the good work we have carried on with Tréfimétaux Italia SpA we are given the mandate by the agency of the new multinational company KME.

The leaders of the new society they give, in January 2003, the agency Aluminium Pieve Srl.

Industrial and financial vicissitudes especially do not allow the new company to operate well with the result of the close of business resulting in loss of agency mandates.

In April 2006, we become agents of Sepal SpA Maclodio (BS) for the sale of bars and profiles of aluminum and alloys.

In May 2011 Sirio Analitix s.r.l. Lodi (MI) gives us the agency for the sale of scientific instruments spectrometry metals.

In June 2014 the agency of the company Picchi Srl in Lumezzane (BS) production transfer machines and machining centers.

Currently the Pelizzari Metalli Snc has as director Alessandro Pelizzari who has started working since 1998. 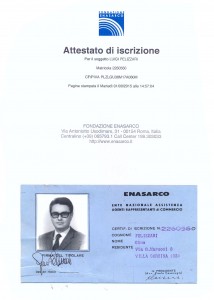